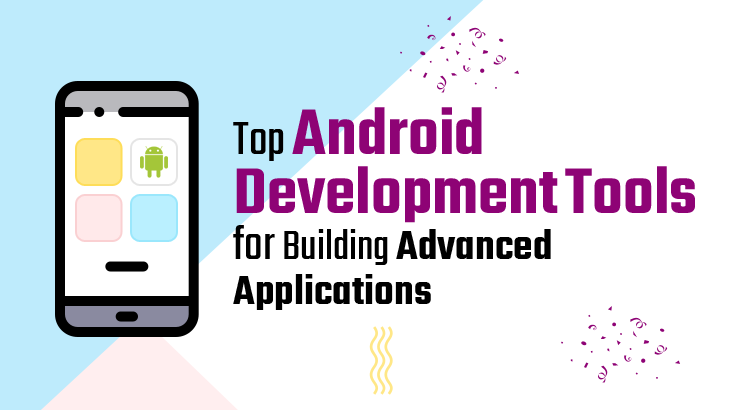 Some of the major mobile app development tools are covered in this article.

Android Studio is an integrated development environment (IDE). It is widely known as one of the top Android development tools. The huge number of options for app development makes them accelerate the development process.

Flutter is a modern mobile development tool by Google. It will simplify the development of mobile applications for Android, iOS, and the new platform developed by Google called Google Fuchsia.  Since it’s been introduced, its popularity among developers is getting bigger. Flutter utilizes Dart as the programming language. It enhances app start-up times and overall performance makes it a good choice for those who are looking for Android development tools.

It is a popular mobile app development framework that utilizes JavaScript for building native mobile apps. This framework can manage complicated UI and component-based UI. This helps the user interface designer to make use of the same small UI component both into Android and iOS apps. React Native increases the efficiency of developers across Android and iOS platforms.

Are You Looking for the Best Android Development Tool?

It depends on your experience in the field and the nature of the app you want to develop. Try out these tools by yourself and find out which is the most efficient and gives the best output.

In short, these are the few Android development tools that can help you to create high-end mobile applications for different platforms. The advanced features of them help developers to efficiently complete the process. Apart from app development, mobile app design services play an important role in attracting the target audience. With the pleasing effect of a good design, businesses can engage their customers. The tools given here can help to make the designs functional.